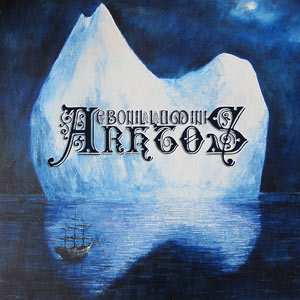 Ebonillumini is another band featuring current and former members from The Meads Of Asphodel. "Arktos" is the second album of this experimental/ethnic black metal unit, whose primary calling card is singer Christina Poupoutsi. More psychedelic and occult rock than black metal "Arktos" combines world music with waltzing midpaced heavy rock and the occasional foray into black metal. Each track represents a different geographical location in a conceptual journey across the Atlantic Ocean. Representing each location is an intro section of local ethnic music and local influences within said track. The most interesting of these are 'Lusca (Bahamas)', 'Crystal Pyramid - (Bermuda)'and 'Dolphinius – (Celestial Equator)'. "Arktos" is at its strongest when it gets as far away from its metal component as it possibly can. Ebonillumini is actually at its strongest when it fully embraces its world music and psychedelic rock direction. For the most part the black metal aspect feels contrived and tacked on. Poupoutsi's subdued singing is acquired taste, and the only downside to the record is its pensive, languid pacing. It would have benefitted tremendously from having one or two uptempo rock songs. Ebonillumini is a highly captivating and quirky band with an interesting concept to boot, but given its lineage with The Meads Of Asphodel this was somewhat expected.